Benefits Of Using Recycled Bricks For Your Next Construction Project

Benefits Of Using Recycled Bricks For Your Next Construction Project

When planning a construction project, choosing materials is a key decision that can impact the cost, durability and style of the finished project. Recycled bricks are gaining popularity, and several types of bricks can be reclaimed and reused, including clay, concrete and sand-lime. Whole, undamaged bricks have the mortar removed from them and are cleaned before being sold for reuse. Even if reclaimed bricks are too damaged to be used in place of new bricks for a construction project, they can be used in landscaping or to make aggregate, which can be used as a filler or to improve drainage. Here are three benefits of using recycled bricks.

The cost of materials can determine the feasibility of a proposed project, and if your project plans are coming in over budget, using recycled bricks can be a simple way of reducing costs without compromising on build style or lowering standards. Recycled bricks are cheaper due to not having any of the associated costs of production that new bricks have, and with the rise of redevelopment in urban areas, they are in plentiful supply.

Recycling bricks keeps them out of landfills and reduces some of the unnecessary waste produced by the construction industry. The manufacturing of new bricks creates carbon emissions and air pollution. Using reclaimed bricks is a form of unprocessed recycling, which means there's no negative impact on the environment when they are reused. In some areas, financial incentives are offered to construction companies who adopt environmentally friendly working practices, so you might benefit from using recycled bricks in more ways than one.

Projects built with reclaimed bricks tend to have their own unique appearance owing to slight colour, texture and edging variations in the bricks. This can add character and create an eye-catching finish that's unique, which can be a highly sought after quality for those who value the aesthetic as well as the functionality of a finished building project. Using reclaimed bricks in all or part of a project is an easy way to create an original feature that can't be replicated.

Reclaimed bricks can be used in the same way you would use new bricks, so there's no special training required before you start work. They are available from specialised brick merchants and general building suppliers. Simply let them know how many you need and what condition they need to be in. You may also want to inspect the bricks and check the return policy for any unused or damaged bricks before committing to purchasing them. 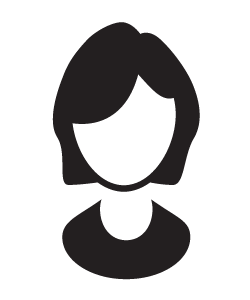 If you are interested in improving your home, you should get in touch with your local construction contracting company. This is what I did and I was pleasantly surprised with the efficiency and professionalism of the contractors. Electrical contractors rewired our home, plumbers installed new pipes and the bricklayers helped to build an extension onto the back of our home which has given my family a lot more room. While the contractors were carrying out the work, they would stop and chat with me when I had questions about what they were doing. I hope you find my blog useful.

Top Considerations When Installing Gutters on Your Home
18 March 2022

Should you be talking to a land surveying company?
27 January 2022